It has been a fanatastic, but intense road trip so far, so it is time to chill out for a few days and sample some of the fantastic wines, cheeses and food  in for which the area is famous.

As we drive into the main plaza of Cafayate there is a vintage car rally in progress. Given the state of the roads I am not sure I would want to bring  a vintage car here, impressive cars though! 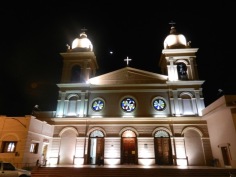 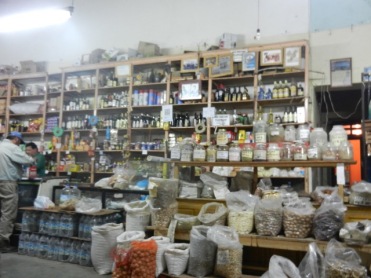 After settling into our Hostal, La Penable in the corner of the main plaza, we head off in search of bodegas and wine! 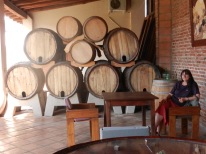 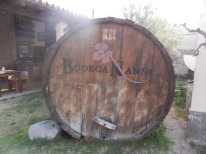 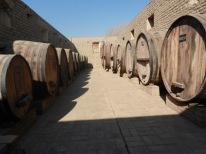 We start off at Nanni a small bodega in town. We sample a number of their wines including a Torrontes, a Cabernet Sauvignon and a Malbec. All are pretty good, especially the Torrontes so we buy a bottle for later! 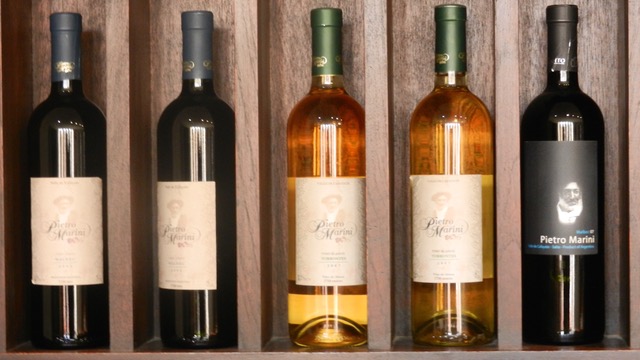 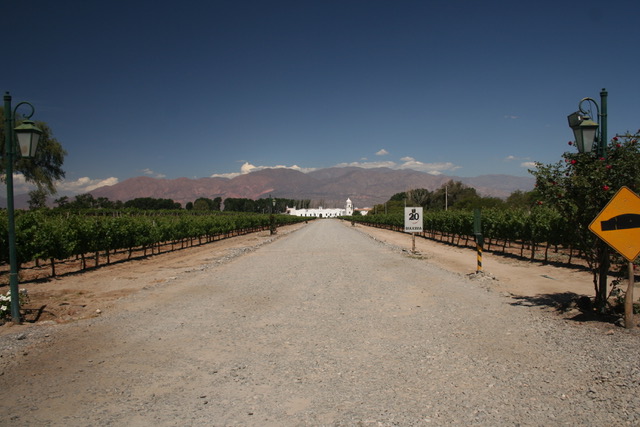 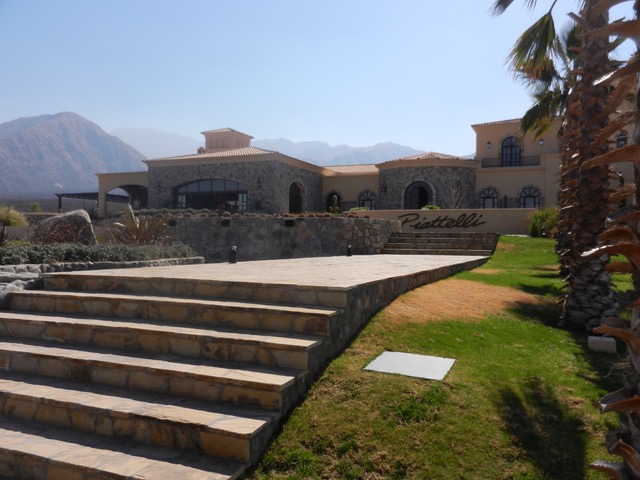 During our time in town we check out a few bodegas and vineyards including;

Our favourite wines? Torrontes Reserva and Tannat Reserva, both from. El Porvenir

We heard tell of a goat farm just out of  town just so we take a walk to have a look around. We are too early for the tour but they kindly let us wander around on our own anyway. 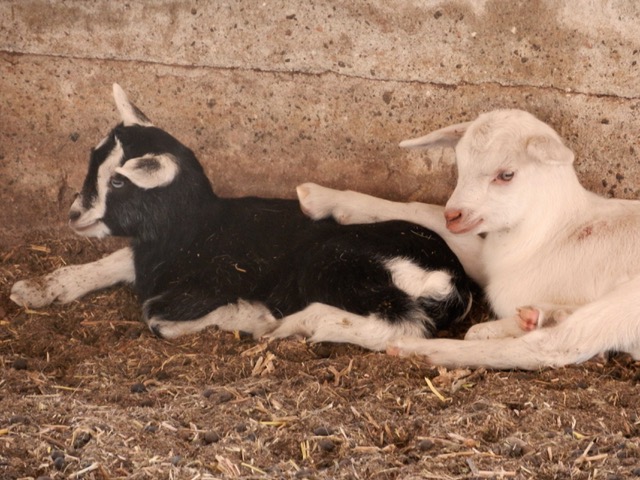 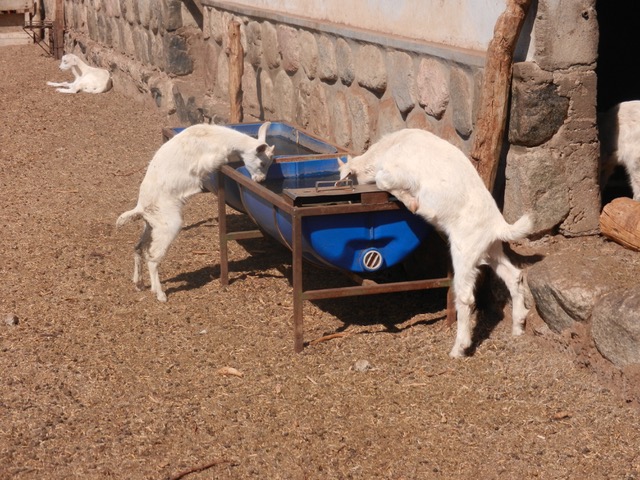 I am not sure if there is a breeding season for goats, but there are hundreds of baby goats all over the place! Amongst the goat pens there are lots of chickens and ducks as well. The baby goats, some only a few days old, are really cute. 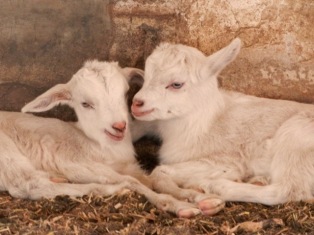 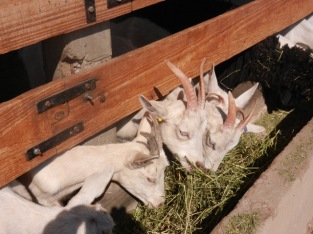 Afterwards we spend half an hour chatting to the woman in the shop and sampling some of the numerous varieties of cheese on sale. They are all delicious and quite unlike the goat cheeses we have had back home.

It is time to complete the circuit and return to Salta along Ruta 68 heading north through the Río Calchaquíes Valley and on to the Quebrada del Río de las Conchas (Canyon of the River of Shells). 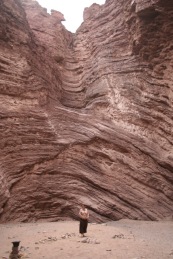 There are lots of interesting rock formations along the way, notably:

The scenery on this section of the route is particularly impressive albeit with more people in a couple of hours than we have seen over the previous ten days!.

On the way  back to Salta we top at a mobile empanada stall in the small town of Colones. Basically it is a wood fired oven on wheels. We order 6 empanadas de carne which are a bit like mini Cornish pasties and, being a Cornishman by birth, I reluctantly  agreed  that these do bear comparison with pasties, even the ones my grandmother used to make! 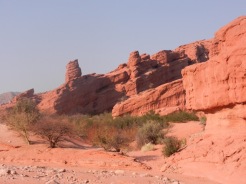 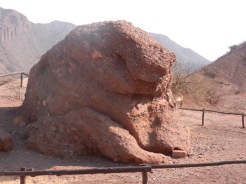 A bit further on we get stopped at a police roadblock.  I wound down the window and the policewoman asked (or so I thought) if we had any “carne”  i.e meat. I looked around for empanadas that might be left on the back seat and then started to explain that we did not have any meat with us.  Suddenly it dawned that she was asking to see our “carnet”  ie license/registration. The policewoman realised our mistake about the same time as we did and, in fits of laughter, waved us on. Lost in translation yet again!!

Heading back to Salta we stay with Alex and Rejike at Casa Hernadez in San Lorenzo, just outside of Salta. We stayed with them on our first trip to the region five years ago shortly after they opened and loved the place. We were welcomed like long lost friends and had a really great time staying with them.