Arriving into Guanajuato was an assault on the senses. We were greeted by a riot of colourful, colonial buildings tumbling down the hillsides so incredibly steep that they seemed to rest on top of each other.

Jammed into a narrow ravine, Guanajuato, like Zacatecas from where we had travelled was one of the famed silver towns, a prodigious producer of gold and silver and for centuries, one  the wealthiest cities in Mexico.

A UNESCO World Heritage Site, Guanajuato protects its colonial heritage well: no traffic lights or gaudy signs and the landscape allows no room for new buildings. Despite the maze of alleyways, it is hard to get lost as there are really only three streets open to traffic. One of them,  Subterraneo Miguel Hildago, was originally built as a tunnel to take the river under the city. The river now runs a deeper course and more tunnels have been added to keep traffic flowing – well sort of!

The city’s narrow streets and alleys are teeming with life. Loads of museums, bars, restaurants, markets and dancing – lots of dancing and music!.It is a place made for just wandering, exploring and soaking in the atmosphere. We arrived in town on an annual holiday which just added to the crowds.

Halfway along Juárez the Plazuela de los Angeles some steps lead to some of Guanajuato’s narrowest and steepest alleys. Here you will find Callejón del Beso so named because it is just  69cm wide and narrow enough for  residents to lean out of the higher balconies and exchange kisses across the street!

As with many such places, there is a legend attached:

In true Shakespearean style, the legend of the Callejón del Beso is of two young lovers;  Doña Ana and Don Carlos. The story is that they were kept apart by a family feud and, in desperation,  Carlos bought the house across the alley, opposite Doña Ana’s,. It was so close (69cm) that they could hold hands.

Inevitably, Ana’s father caught them and was so incensed that he stabbed his daughter to death at the window. Carlos was left kissing her lifeless hand across the alley. 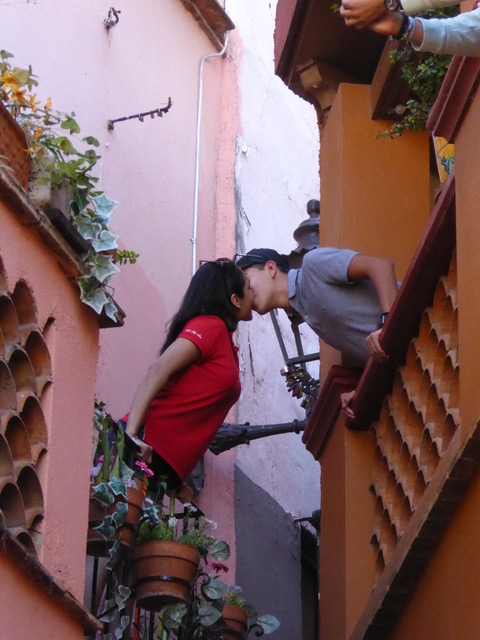 It is said that couples who kiss across those balconies while are guaranteed seven years of happiness. Plenty of couples were queuing up to try it,  all watched by enormous crowds!

Room with a view

We stayed at Casa Zuniga right next to Monumento al Pípila, the huge statue on the hill overlooking the city. The trade-off for the superb views of the city, was a very steep climb up  narrow cobbled alleys from the town.

Fortunately, we had free access to the funicular railway which would whisk us up and down at will. At least that was the theory! In reality everyone else want to use it and the queues were very long so, at busy times, we found ourselves walking!

The busiest times were usually around sunset and it is easy to see why. The views of the city and its colourful houses cascading down the sides of the valley are incredible.

Guanajuato was the hometown of the world renowned artist. Also a revolutionary sympathiser and close friend of Trotsky, he was  virtually unrecognised by his home town for years.  As his fame grew the city turned his childhood home into a museum.

Whilst not containing any of his major works, the museum does have a lot of his smaller paintings and sketches from his early years. A pleasant place to while away an hour or so and see how the young Diego lived. 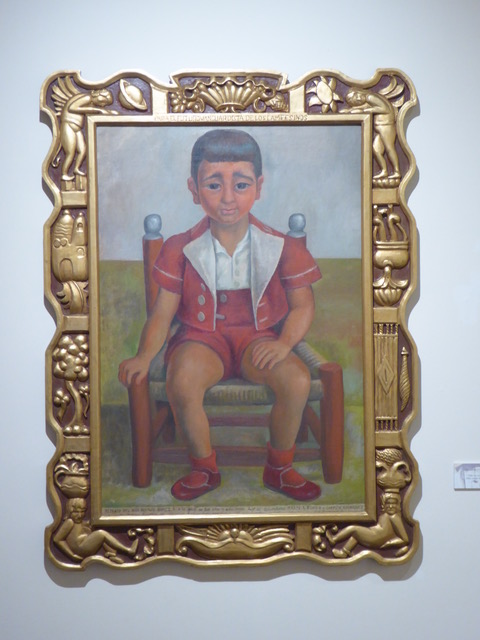 As elsewhere in Mexico, the public art is outstanding. nowhere more so than those in the:

Well worth a visit for an insight into the history of the town and of course, the murals..

Dancing in the streets

Guanujuato is very much a party town and the most popular way to start the evening off is to join one of the Callejóneadas. These are walking tours run by student minstrel groups. 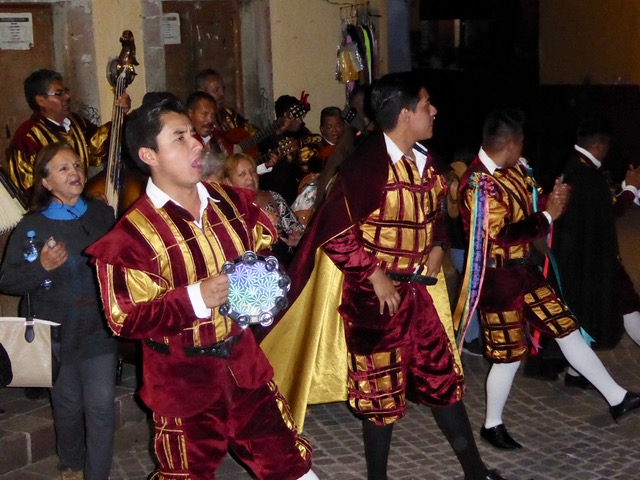 Different from the one we experienced in Zacatecas, these are way more organised.  Students will start selling tickets for the evening at lunch time. in addition to the walking entertainment, significant quantities of Mescal is included in the price of the ticket.

They seemed aimed mainly at Mexicans as, in addition to the music and singing they also to include jokes and tales which would be lost on most people without fluent Spanish. Nevertheless they looked like great fun even if they did lack the tequila toting donkeys of Zacatecas.

The food in Guanuajato was also excellent. From high end restaurants with table cloths to street stalls, taco stands and markets,  the quality of food was excellent – a foodie paradise!

and the expensive stuff:

As is usually the case, some of the best food is to be found on the streets.. 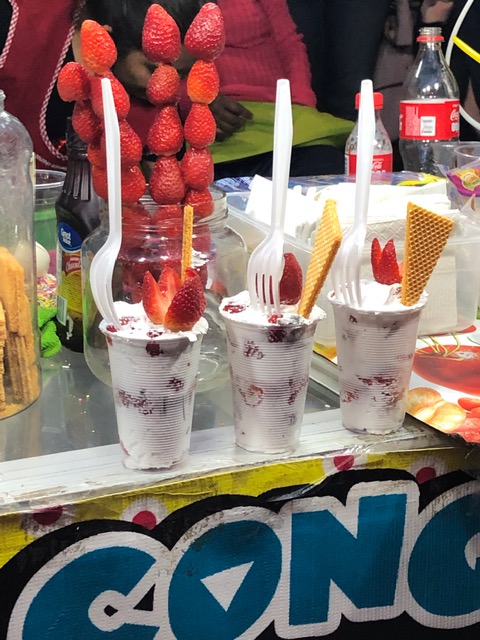