Where in the world  can you  dance in the streets with trumpet playing students handing out free shots from a tequila toting donkey! Zacatecas! It is also a UNESCO World Heritage Site and the northernmost of Mexico’s fabled silver towns.

We dumped our bags at the hotel  and headed straight out to explore. The centre of the city is jam packed with beautiful colonial architecture. Most imposing of all is the magnificent Catedral. 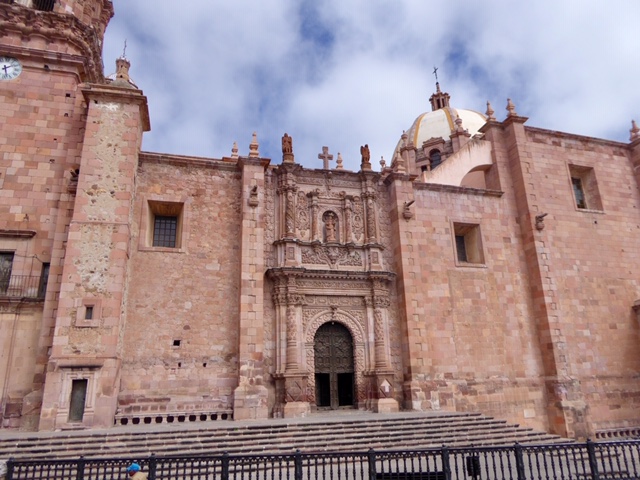 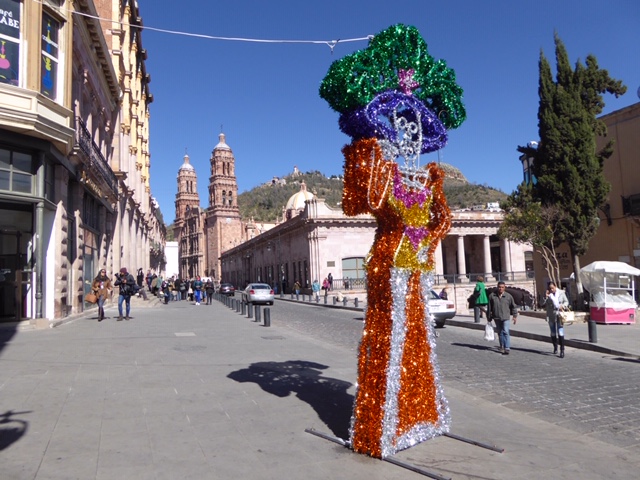 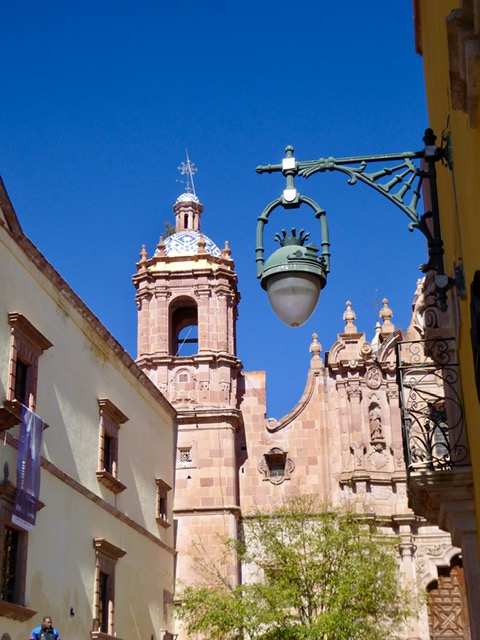 In a side street we stumble across a small artisan chocolate maker. Seemed rude not accept the samples offered and, of course, we walked away with a carefully selected box of very pretty, very tasty chocolates! 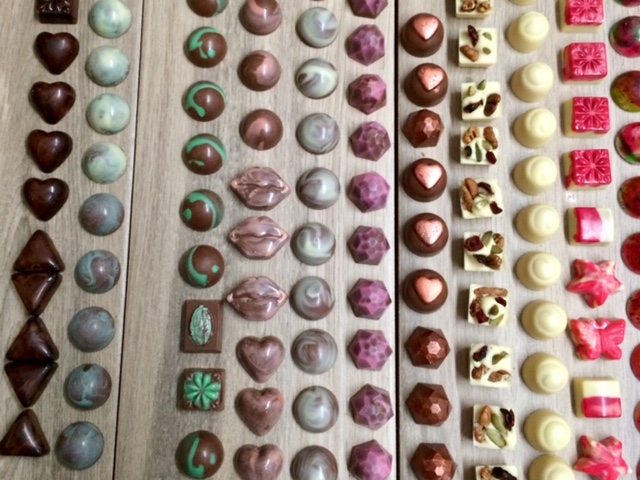 We ate dinner at El Rincón Tipica, a quirky place, more like a private home than a restaurant,  with a very charismatic owner who led us through to a  private room full of photos of Mexican film stars! We ate a delicious menu Del dia for the bargain price of 90 pesos. He insisted on taking our photos to put in his “hall of fame” and then introduced us to all the other diners scattered around the various rooms.

Heading back to our hotel through the “callejones” (cobbled streets and alleys)  we first heard the sounds of trumpets playing and, rounding a corner,  we ran into one of the famed “Callejoneadas” – a walking party consisting of large group of locals, a band and a donkey loaded with bottles of free Mezcal.

The partygoers handed us shots and insisted we join them. We danced through the streets with them with more shots of Mezcal along the way.  We left after a while but  these  parties go on four hours and sometimes the crowd grows to hundred. We could still hear the trumpets long after we returned to our hotel room! Mexicans certainly know how to party! 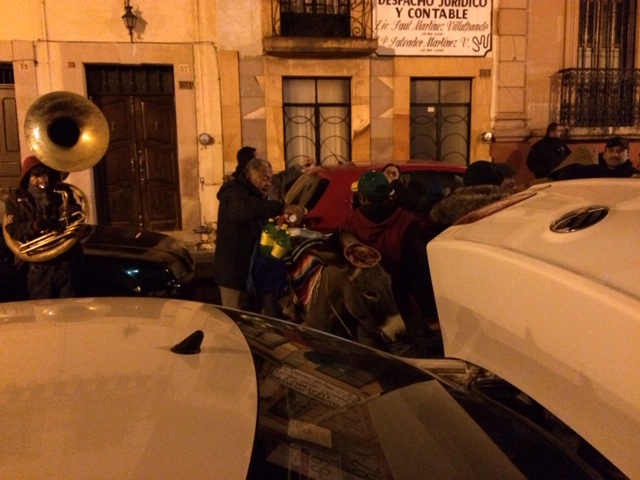 This museum is set in a stunning 17th century former Jesuit college and is surely one of Mexico’s premier art museums.

In addition to housing many of Pedro Coronel’s own works there are also a few Picasso’s , Dali’s and Goya’s thrown in for good measure! 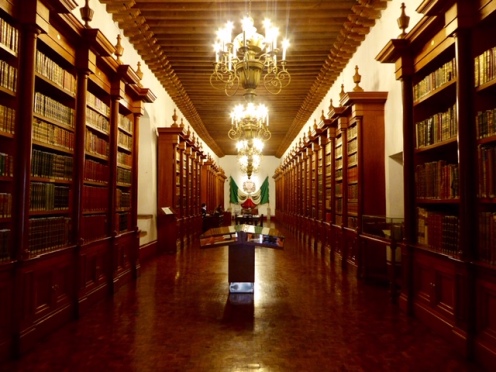 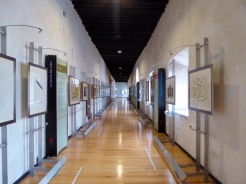 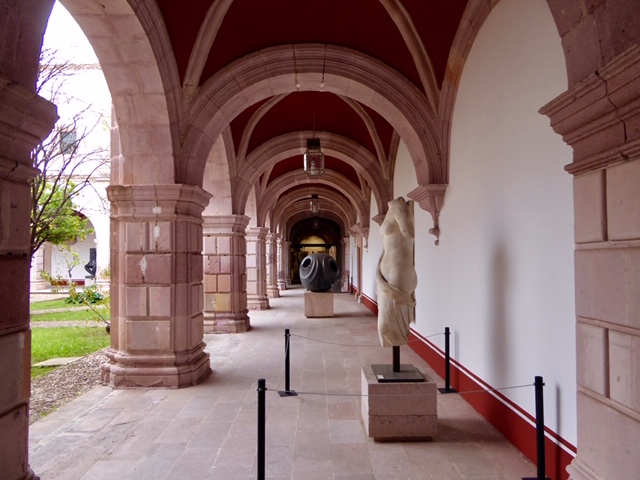 Brother of Pedro and son in law to the revered Diego Rivera, Rafael’s Museum is, if anything, even more stunning than his brothers. 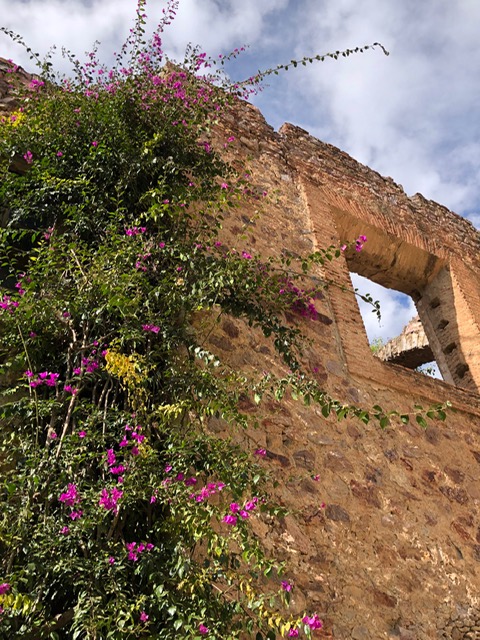 Housed in the former Convento de San Francisco, the building is stunning, as are its tranquil, statue-filled gardens . 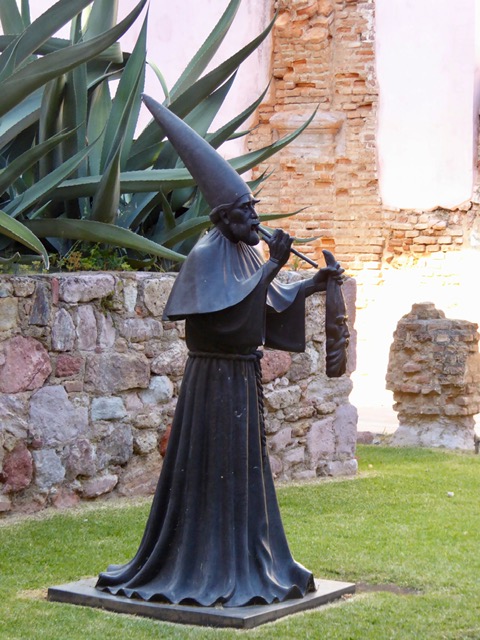 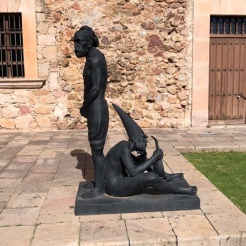 This museum is mainly about the folk art collected by the artist himself and includes some 3000 masks as well as a lot of pre Hispanic exhibits. 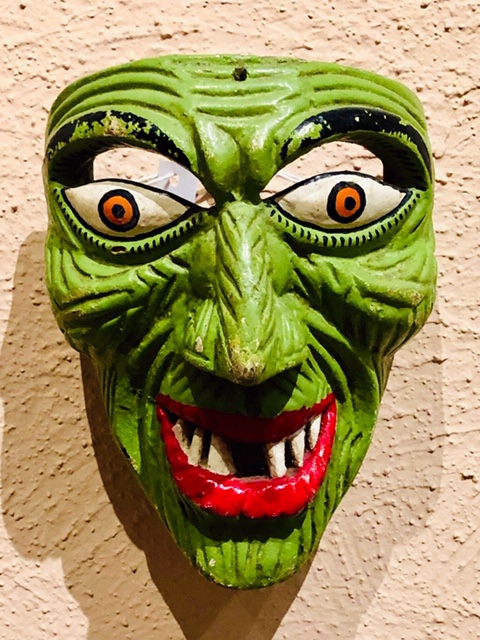 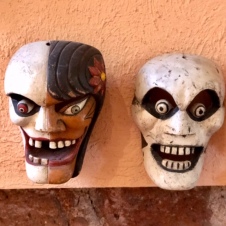 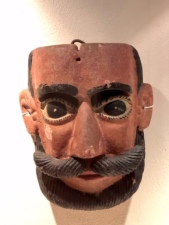 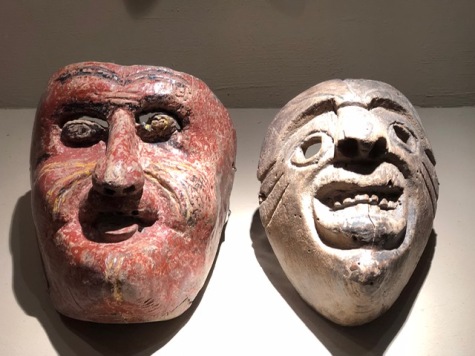 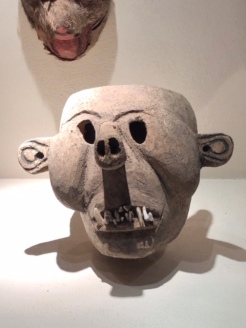 Late afternoon is a great time to visit as the light really brings the buildings and gardens alive. 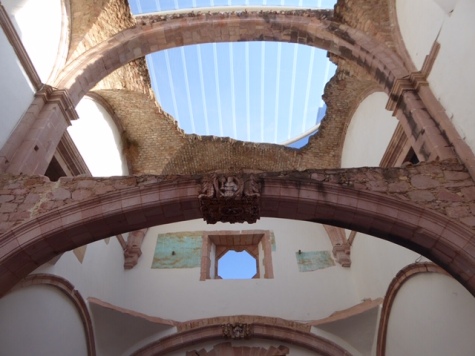 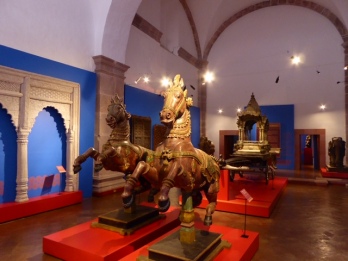 Towering over the town is Cerro de Buffo.

The word buffo originates from the basque word for wineskin, which the hill resembles. We got there by Teleferico (cable car).

Someone we met described it as being similar to the cable cars  in Medellin, Colombia- trust me it is just not on the same scale as those! Nevertheless the ride afford some great views of the city below.

Once one of Mexico’s richest silver mines, descending into the mine provided an insight into the incredible source of wealth provided by the mines in the region and the terrible price paid by the indigenous people in pursuit of the Spanish lust for silver.

You can enter the mine from either end. We chose the upper entrance and descended into the mine on a cute miniature train. For once our guide was excellent! After showing us around, he left us  to wander the mine on our own  – a bit spooky!

The mineral museum in the mine is fascinating with a collection of some very pretty stones and minerals from Zacatecas and round the world. 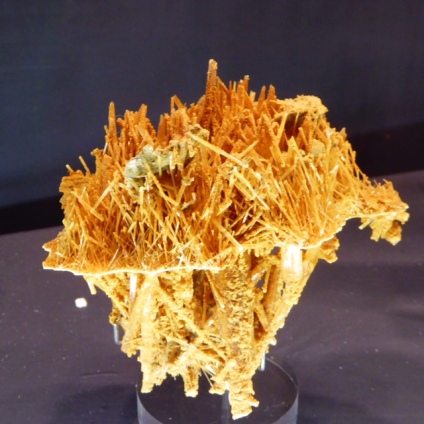 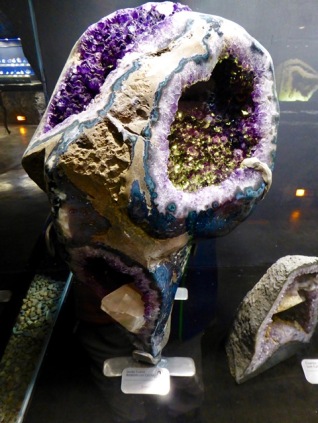 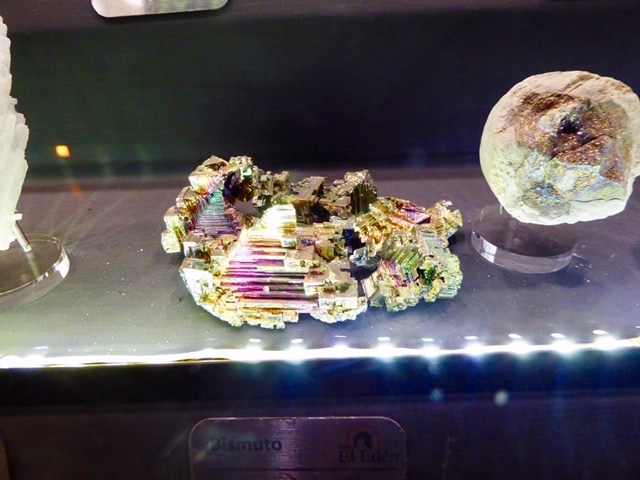 The mine even has it’s own nightclub and bar, deep underground. We fully intended to return that night but somehow forgot completely – too much mezcal perhaps!

Zacatecas is still one of the best places in Mexico to buy silver jewellery. Much of which is made in workshops in the town – I know this because Carolyn made me  visit most of them!

In the plaza next to the Catedral was the main police station. Not sure what was going on, but we stayed and watched the police drilling in the square before getting speeding off their vehicles – maybe to bust a drug cartel? 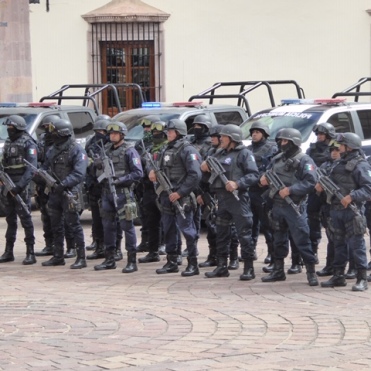 We are so glad we made the effort to come here. We did consider a  circular route around the Bajio region but it required more time than we had,  so we came straight here from Mexico City and will hop back south to Puebla via Guanajuato and Queterero.

For a video of our time dancing with donkeys please see Carolyn’s Instagram feed @ https://www.instagram.com/accidental.nomads/

5 thoughts on “Zacatecas -Dancing with donkeys”