It was almost like we saved the best until last!

Bogotá was the last city on our two months of travelling around Colombia and, although we much preferred rural Colombia to the cities, of all the cities we visited Bogotá was far and away our favourite. Maybe it was because we had gotten used to the Colombian way of life and were more comfortable, but is was nothing like the edgy, scary place some guidebooks had led us to believe.

We stayed at the Ibis hotel right next to the Museo Nacional. Originally designed as a prison but now a stunning art gallery. It was away from the central tourist areas of La Candeleria, but reasonably well situated, with loads of great eating places in the neighbourhood. 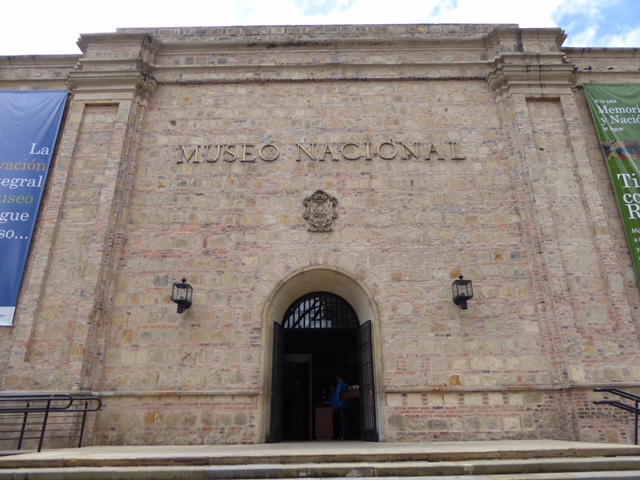 This museum is housed in a cross-shaped building called El Panóptico (designed as a prison by English architect Thomas Reed in the 1800s). Walking through the building whilst it is still very evident that it was designed as a prison, it is now a great exhibition of Colombias past. 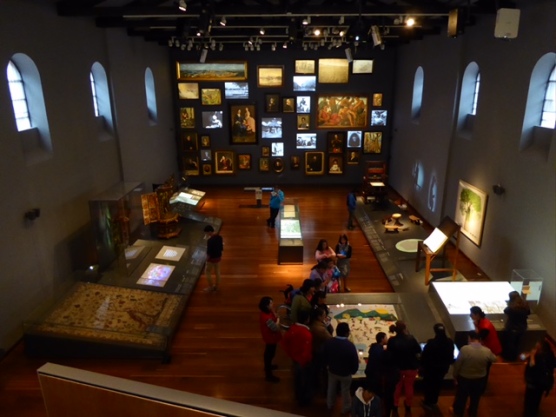 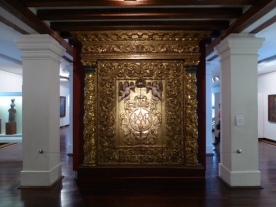 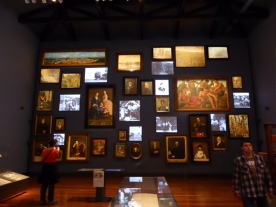 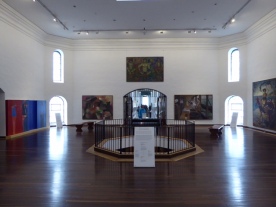 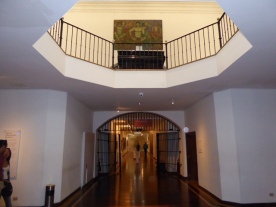 The ground floor cover pre-Columbian history, with some Muisca mummies that  date  back 1500 years. On the 3rd floor one of the rooms provides a sense of prison life. The old cells now done up in various exhibits of prisoners from the past. Throughout the museum there is a terrific rage of diverse exhibits – and it was free!

Inside the Banco de la República’s huge museum complex are a number of exhibition rooms dedicated to all things chubby: women, moustached men, children, birds;  the great, good and not so good of Colombian society (including a number of FARC leaders – the communist revolutionaries that have plagued the country for years – brave man”). All of these paintings and sculptures are the work of Colombia’s most famous son, the artist, Fernando Botero. 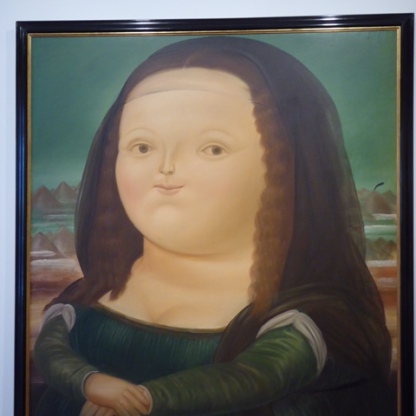 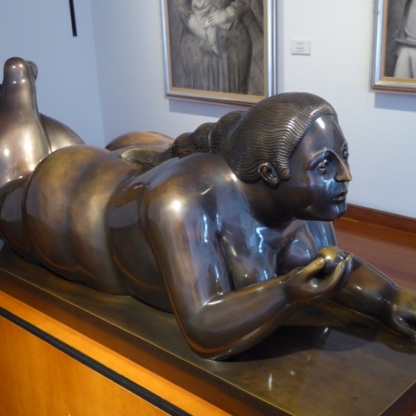 The collection also includes several works by Picasso, Chagall, Renoir, Monet and Dalí and that somehow, great though they undoubtedly are, they seem to be overshadowed by the works of the great Colombian.

We did a lot of our Bogota sightseeing on a Sunday when many of the streets in the centre are closed to traffic to allow the city to roam free on foot and on bicycles (cycling is as big an obsession as football here). On our day of arrival we had arranged a Graffiti Tour. Obviously, the primary purpose was to see the graffiti and learn more of it’s culture and its place in Colombian society, but our guide was also a great source of information on the basics  of what to do/see, where to eat and how to get around the city , which stood us in good stead for the remainder of our time in the city.

As with many of these tours, our guide focussed a little too much on the social philosophy and Colombia’s recent history and too little on the art itself. Nevertheless, we did get to see some very impressive art and got a pretty good grasp of what current day Bogotá is all about. 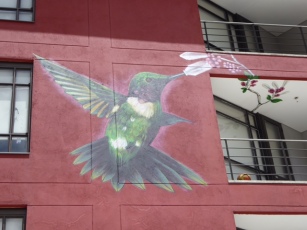 Our tour ended in La Candelaria, effectively the old quarter of the city where most of the major sights are located. We were saving these for when we returned on Sunday and so contented ourselves with wandering a few of the tiny streets in the bohemian/ backpacker part. AVery quaint but bit touristy but still interesting if a little rough around the edges but worth a wander for an hour or two.

A huge square right in the centre surround mostly by modern buildings and the beautiful colonial Catedral Primada. This is the part of the city where a lot of the government buildings are located, as evidenced by the heavy police and army presence. Buzzing on a Sunday afternoon it reminded us of Trafalgar Square back home in London. 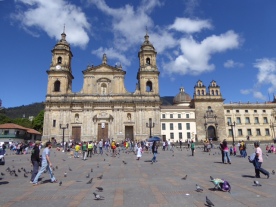 One of the main government buildings in the area is Palacio de Justicia, which has seen some violent action. It was here, at the behest of Pablo Escobar in 1985 that M-19 communist guerrillas stormed the building, allegedly to destroy the evidence held against him by the judiciary. The objective was achieved when the building was gutted by fire during the offensive by the army in an attempt to reclaim it. (Watch the Netflix  series “Narcos” for all the detail!)

Containing over 50,000 pieces of gold, this is Bogotá’s most famous museum and one of the most celebrated in all of South America. It is all superbly laid out and displayed in rooms over three floors. Probably the most impressive museum (other than the British Museum) that I have ever visited and certainly the most gold I have ever seen!

An incredible experience and a breathtaking amount of gold in exceptional displays. One that particularly stays in my mind,  is entering a darkened circular room and when the lights are raised we found ourselves surrounded by gold exhibits, even in the floor and then the light show starts…

Before arriving we had read loads of advice on how to get around Bogotá. Much of it warning of the dangers; unlicensed taxis, theft and muggings on the Transmilieno, how unsafe it was to walk around etc. I am sure this is true in parts of the city but in the central areas where we spent most of our time we found it to be as safe and unthreatening as most places we have visited on our travel.

Taxis are jeep and the standard advice is to use Taapsi or Uber or to get you hotel or restaurant to call a taxi. We had the best intentions of doing that but didn’t and get several on the streets and clearly survived. It does help if you speak a little Spanish and know EXACTLY where you are going.

The Transmilieno is Bogotá’s attempt at a mass transit system. Not the most efficient, but it works – just! The routes however do seem very complicated to the uninitiated and we made several mistakes getting around but did get a basic grip on things by the time we left. It is essential to research your route in detail before setting out and maybe getting hold of a map from the station or downloading from the website.

We had been warned about the dangers of walking the streets, but where our hotel was located it was unavoidable. Sunday’s are the days to explore on foot as the streets are closed to all but walkers and cyclists. It is busy, but safe to walk around and there are loads of street stalls and markets to explore – an added bonus is that many museums are free on Sundays!

When we walked out early on a Saturday morning to La Candelaria we did see a lot of homeless people sleeping rough and got  approached by a few beggars. All very sad but not at all threatening.

We left Bogotá wishing we had spent much more time there…