The story of Tu Duc and his Tomb 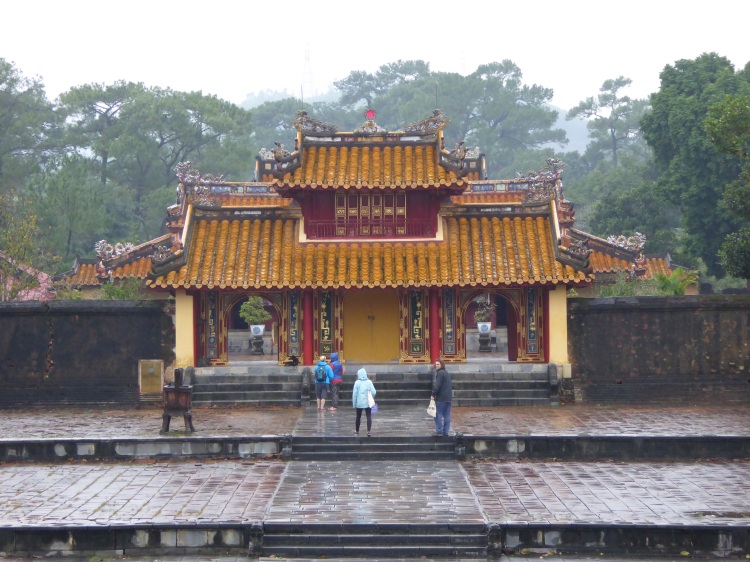 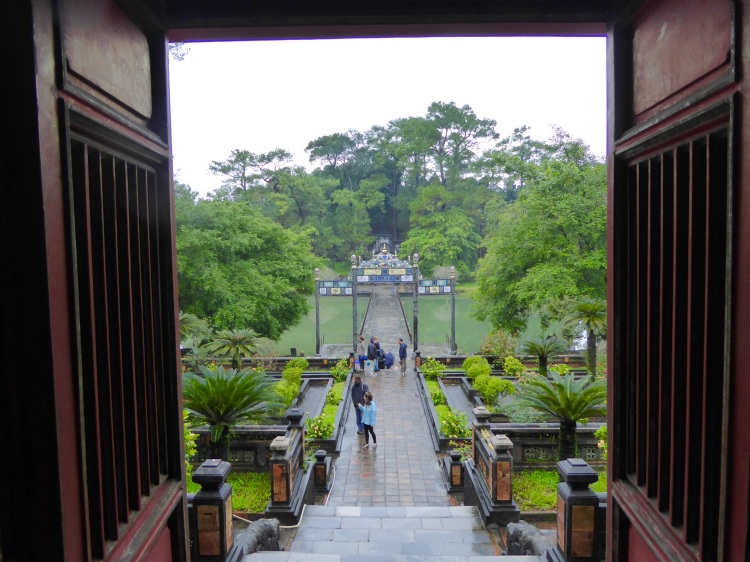 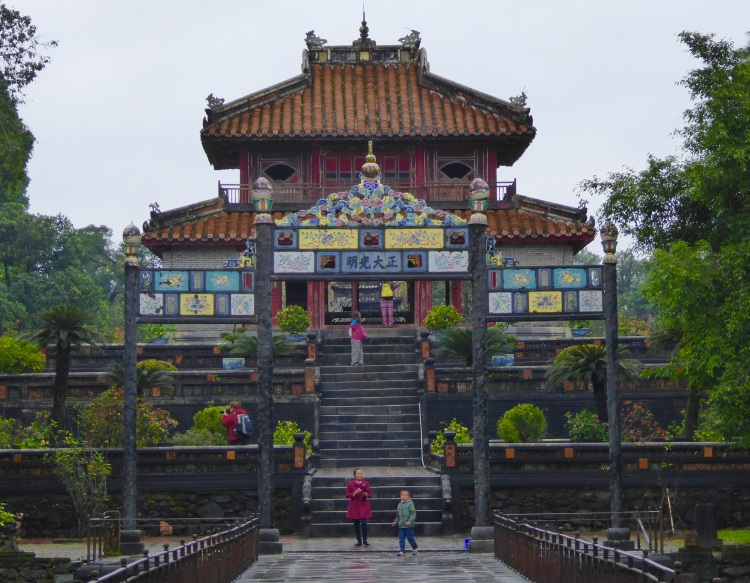 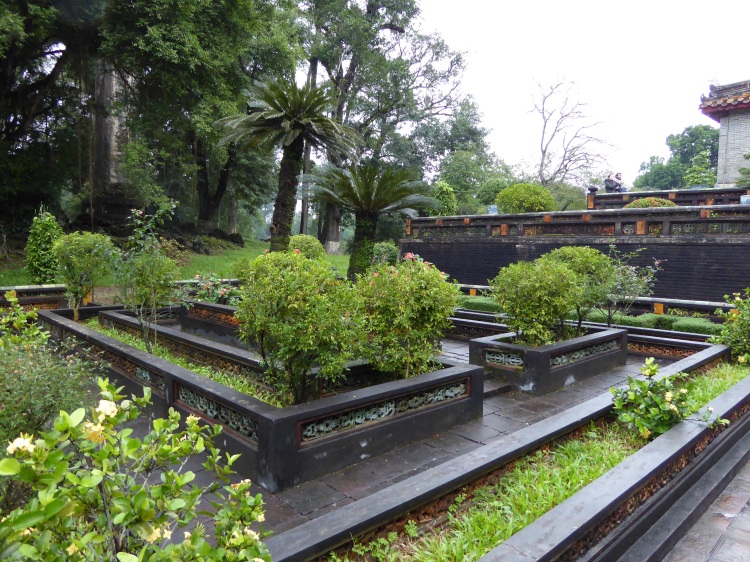 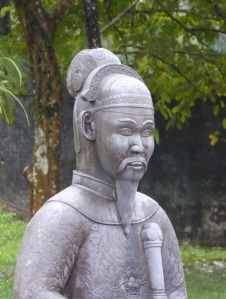 Perhaps best described as an eccentric,  Tu Duc lived a life of luxury and excess.  Ruling as emperor of the Nguyen Dynasty from 1848 for 35 years, he had 104 wives and many more concubines. Despite the number of women in his life, there were no offspring.

A short man, at 153cm (5ft), he overcompensated with shows of strength – readily murdering anyone he disliked – and there were many. He vehemently disliked missionaries and persecuted all he came across. He also opposed any trade or diplomatic relations with Europeans. Perhaps it is no surprise that he executed many French traders and then deciding to behead a Spanish Bishop. These acts led to dire repercussions for Vietnam as France immediately retaliated by occupying Danang in Central Vietnam and several other cities in South Vietnam in 1958. Four years later, Tu Duc was forced to cede his throne and his three provinces to the French. When, a few years after that, the French invaded Hanoi, and trade agreements were made between Vietnam and Europe, he was apoplectic and appealed to China as a protectorate. China did not come to his aid. Perhaps the French would have invaded anyway, but many vietnamese believe Tu Duc was a major reason the country suffered under French colonial rule.

Finding a suitable burial site occupied much of his time and he sent many trusted advisers to comb the countryside for the biggest and best spot of all emperors tomb sites. After 14 years he found the spot. Near Hue, the imperial capital city and auspiciously near the Perfume River. In a narrow valley he claimed a massive site of many hectares and walled the whole area. The area was (and still is) beautifully landscaped and included many buildings. Everything is big, beautiful and grand. However, for reasons best known to only him, every one of the nearly 50 constructions he placed in the grounds includes the name Khiem, which means modesty!

Tu Duc built his tomb as a holiday home from home and used much for pleasure during his lifetime. There is a even a special building for poetry, where he would sit with his concubines and compose, inspired by his love of their beauty.  The stone stele (obituary carved onto stone) is alledgedly the largest and most detailed in the whole of Vietnam and is inscribed with narrative that he composed himself before his death. In it, he chronicles his life and imperial causes as well as his misadventures and even his diseases such as smallpox.

Although there is a tomb here, it is a diversion or fake tomb.  His body is buried somewhere in the grounds, along with, it is said, vast wealth. His parting act of power was to have executed all the 200 workers that helped build the site to keep his actual burial spot a secret as he feared grave robbers.

It would be easy to visit this tomb for a whole day and take a picnic to enjoy the vast grounds. However, getting in with a metal detector might be a little troublesome! 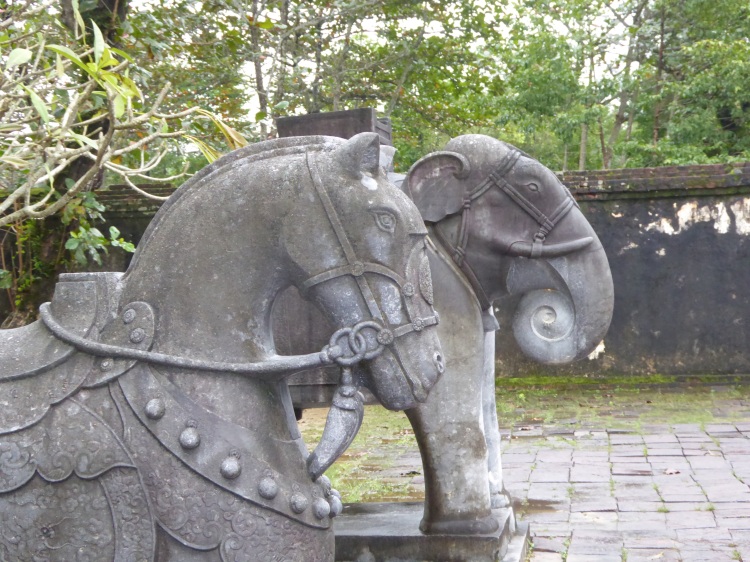 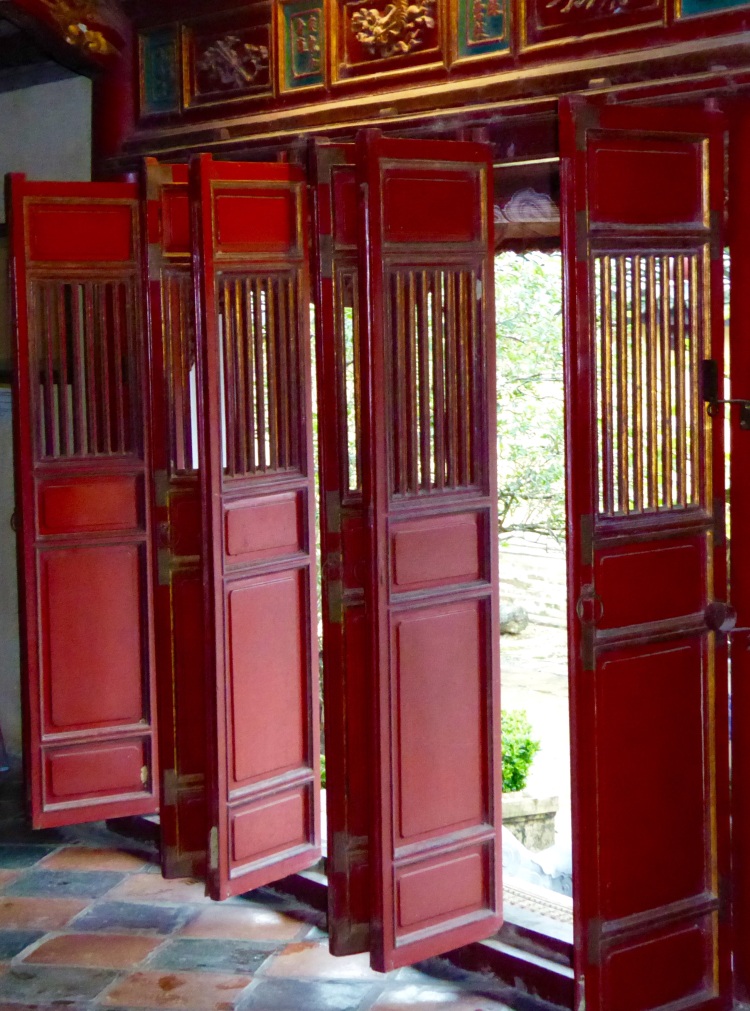 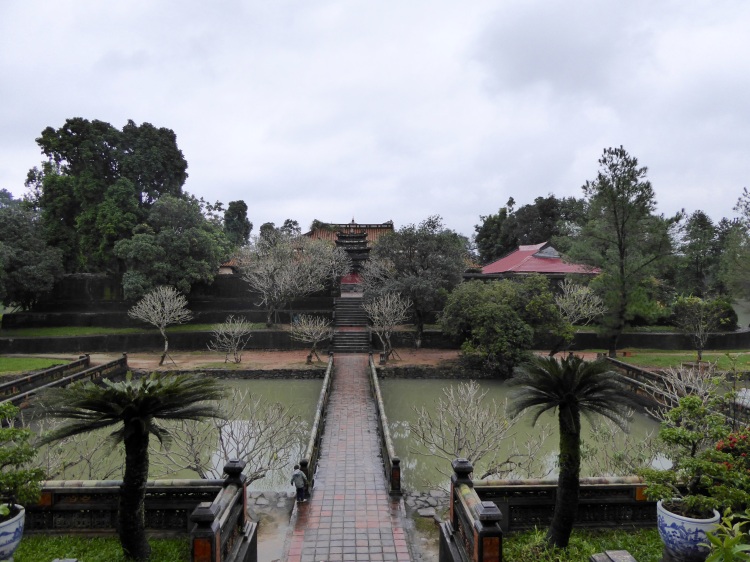 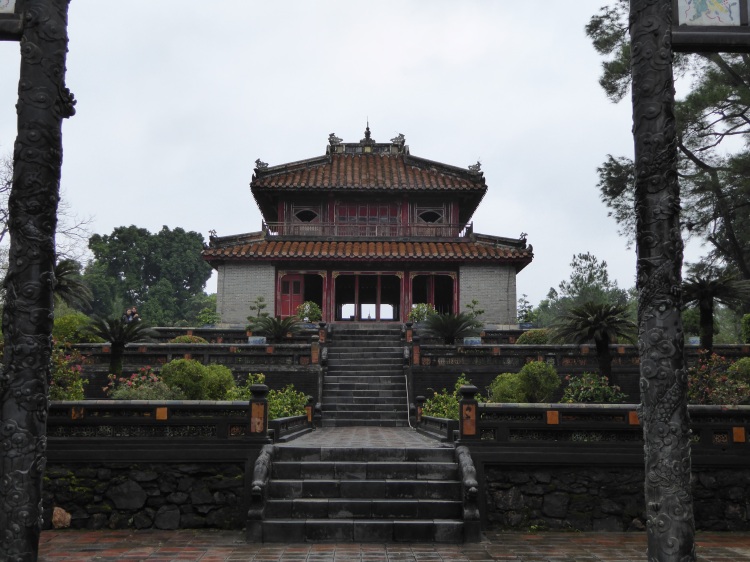 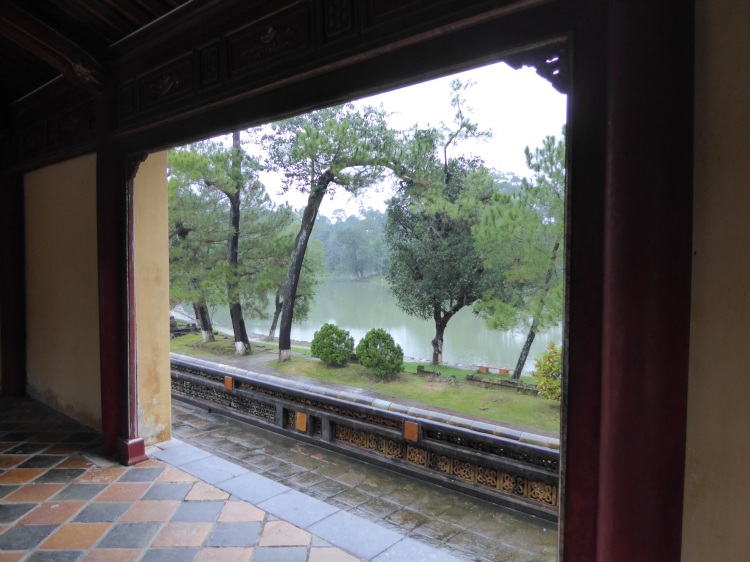