The Salinas Grande is huge! 525 square kilometres of salt encrusted lake some 3500 metres above sea level. An impressive sight to put it mildly.

To get here from Purmamarca we wound our way up through the mountains around countless hairpin bends rising some 2000 metres in altitude. We had seen no people, passed through no villages or towns since we left Pumamarca hours ago. 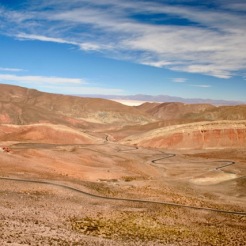 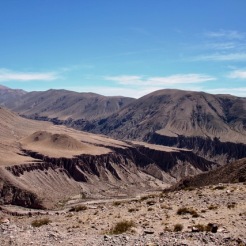 At times we wondered whether our little Clio would make it. This road is high, parts are 4500m above sea level and, it seems that cars are just as much affected by altitude as people. Both we and Clio were finding it hard to breathe. For much of this drive it was only possible to use first and second gear. Not sure whether a bigger, more powerful car would have made a difference?

As we get out of the car to take in the views and the wind is os strong it literally takes our breath away. Finally, after 4 hours of switchback driving along the mountain roads, we finally drive over the crest of the mountains and experience the magnificent view of the altiplano below. At this altitude and with little human habitation or pollution, the air is incredibly clear, the sky impossibly blue and we could see the salt flats spreading far into the distance. 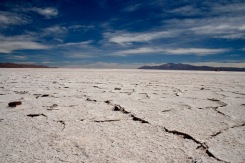 A tarmac road runs across this massive expanse of white along  which we drive to get up close to the Salinas. The salt “flats” have crystallised into hexagonal crusts right across the very hard salt surface of the flats. Each year the winds blow away the salt and each year, when the rains come, it is replenished.

As we drive along the road some very large trucks were driving on to the Salinas to collect the salt & potassium deposits. As they disappeared into the distance they look like kids  toys. We find a slope off the road and tentatively drive down on to the salt flats themselves remembering that the salt flats are a but a crust of salt only half a metre thick over a massive expanse of water! 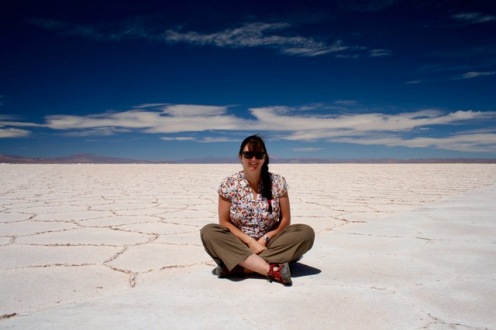 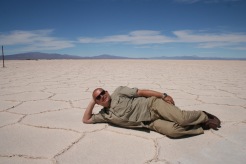 We stop the car and get out. It was eerily silent, the sky impossibly blue and the sun reflecting off of the expanse of white was blinding! It was like walking on the surface of another planet. A little posing for photos was called for. Without us, the pictures would just look like abstract art. 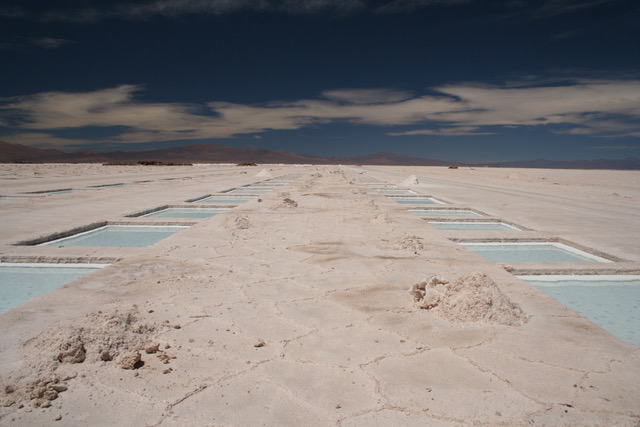 As we drove further out onto the salt  we found some rectangular ponds which had been cut out of the salt. In these ponds, which were an incredible shade of blue, the salt was crystalising for harvesting. The salt pools and salt forming in them were sparkling in the sun, the water was extremely cold and very clear. Surely the purest salt we will ever see, we harvested some for future use!

Back on the road, we stopped by some salt carvings and a salt house and  met an Argentine hitchhiker, one of the very few people we had seen that day. When I told him where were we heading, he warned me that it was a really tough drive as he had just gotten ride from that way. It took 6 hours to drive 100km over a 6000m pass with nowhere to get food or water. He said that the car he had been in had barely made it and was travelling only at a walking pace due to the lack of oxygen. Yikes! 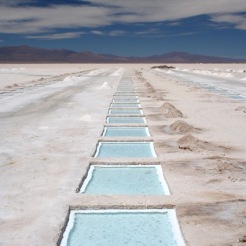 After spending a few hours on the Salinas we continue  along Ruta 40 towards San Antonio de los Cobres. This is  possibly the most desolate town we have ever visited and certainly the remotest driving we have done anywhere in the world. After the hitchiker, the only life we saw along the way were wild donkeys and vicuñas. 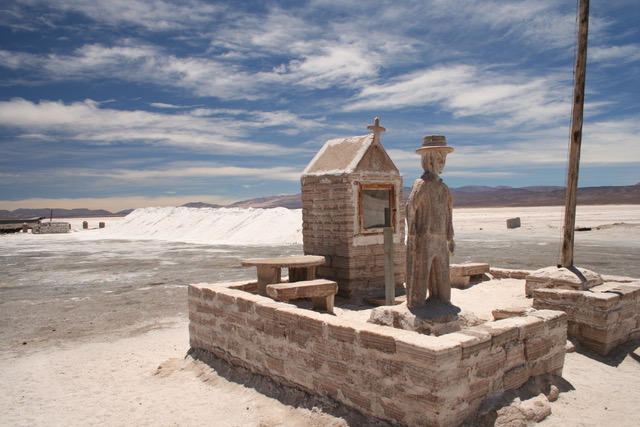 Eventually we arrive in the seemingly disused copper mining town. It was as grim as we had been warned – very windy and very, very dusty, just like some of the old Clint Eastwood spaghetti westerns. All it lacked was an  Enio Morricone sound track and the tumbleweed blowing down main street  and of course the bearded one himself! 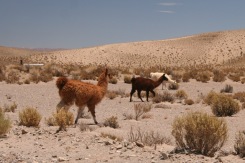 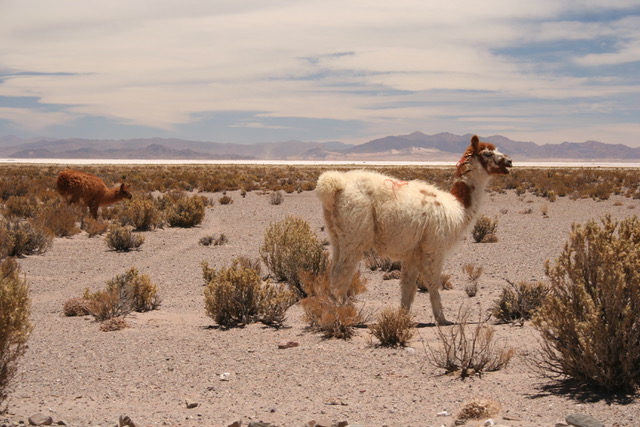 From San Antonio we had a choice. Continue along our original route and crossing via some donkey tracks, a mountain range that peaked at over 6000 metres or the “easier” route the on longer but better and lower, gravel roads to Chicoana. It was diversion but we chose the latter even though it meant adding a very long drive to an already long day.

Leaving Ruta 40 we now had to find Ruta 52. Difficult as there  were no sign posts in the town. Spotting two policewomen I jumped out and asked them the way  and they directed us to the road immediately behind us. Oddly, in this very dusty windswept town these policewomen were very glamorous,  full make up, immaculate hair and uniforms -maybe waiting for Clint to wander up Main Street? 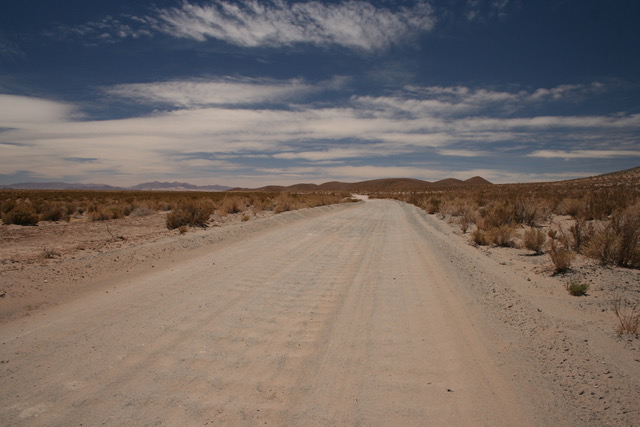 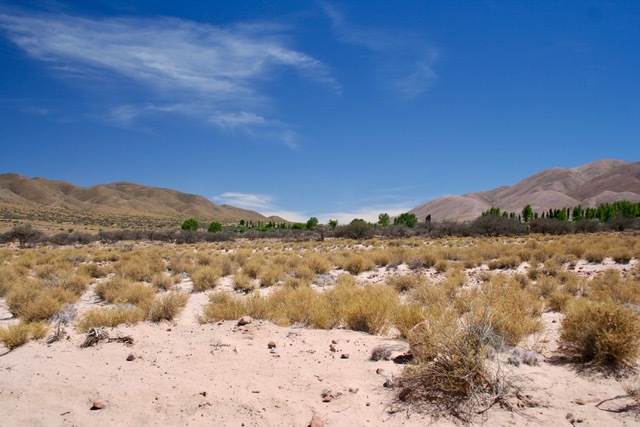 Having found the right road we ended up driving the rest of the day and following the tracks of the Tren de la Nubes (Train of the Clouds)  criss-crossing over the railway lines dozens of times.

It was late afternoon as we rolled finally into Chicoana the village recommended to us by our hosts in Salta but more of that in our next post. Never has a cold beer seemed more enticing!!