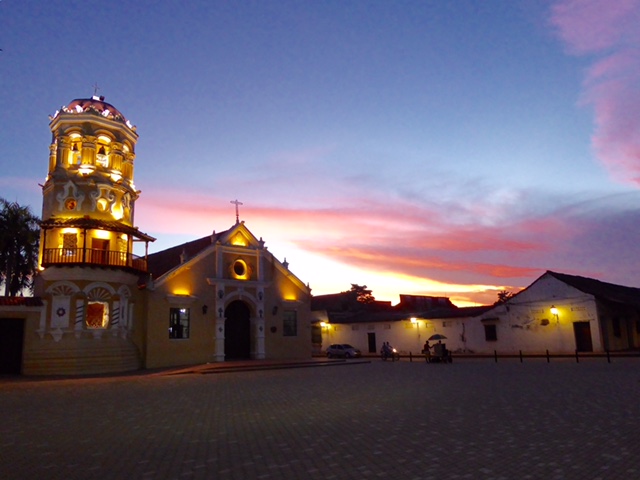 We wanted to get off the beaten track in Colombia and Mompox was certainly that.

Situated deep inland from Cartagena,  Mompox is described by various guidebooks as “one of Colombia’s most perfectly preserved colonial towns” and “a colonial relic, stalled in time and preserved for nostalgia” 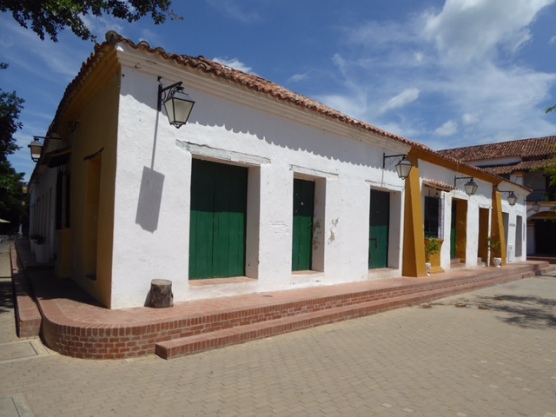 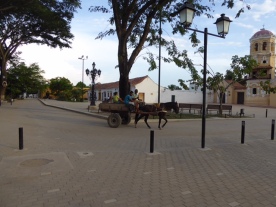 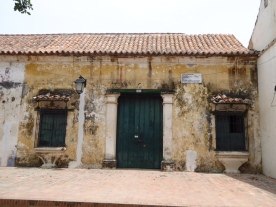 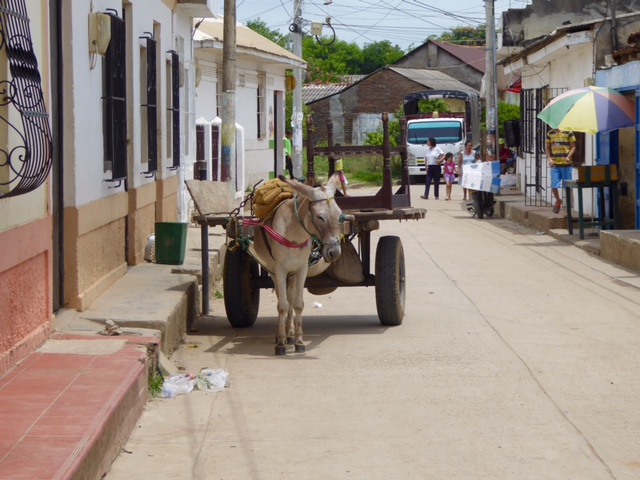 Once an important and thriving port on an island in the Rio Magadelena, Mompox once housed a Royal Mint and storehouses holding vast quantities of gold, silver and emeralds, far out of the reaches of the pirates of the Carribean.

The importance of Mompox changed when the river started to silt up and the big boats that plied their trade here could no longer reach that far upriver causing Mompox to become, literally, the sleepy backwater it is today. 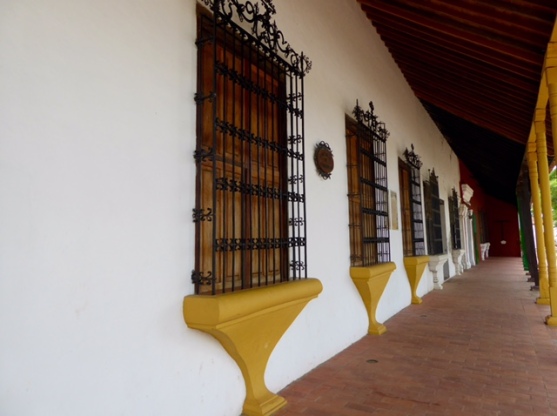 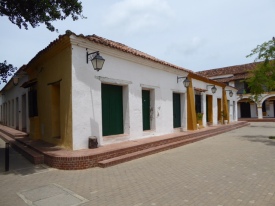 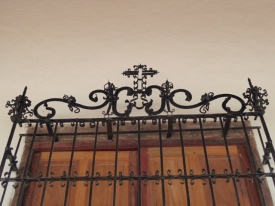 It is a pretty and pleasant enough place. Under the auspices of UNESCO work has been done to restore some parts of the town. It seems incredibly laid back and slow here with not a lot of activity on the streets. Perhaps because it is so hot! I am guessing the temperature must be in the early 40s Celsius. Nothing much seemed to be happening at all. Traffic in the streets seem to consist of as many donkey carts as cars. Easily to hottest place we have been so far in Colombia. 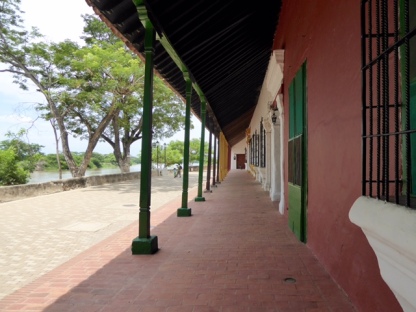 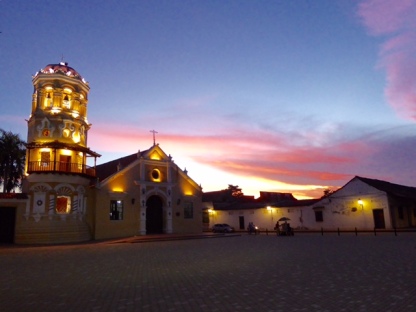 The town is certainly off the usual tourist path. Up until  a few years ago, travel here would have been impossible as the region was still being fought over by rebels and paramilitaries. Apart from the German couple who shared our pick up truck from Cartagena, we seemed to be the only non-Colombians in town. But then according to the papers, the numbers of foreign tourists visiting the country are apparently down dramatically, I assume due to the panic over Zika.

We arrived on a Friday which turns out is party night! The epicentre of the party being right outside our accommodation on the banks of the river. A couple of beer shacks opened up and the tables soon filled up. Giant speakers were cranked up to full volume to provide the music.  We joined the throng for a beer but soon had to move away whilst we still had hearing left! 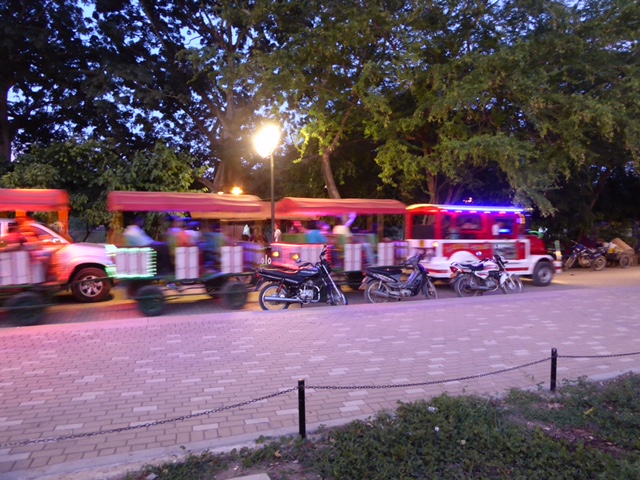 One of the partygoers, a drunk, toothless, badly made up, transvestite wanted some of my beer to dilute pure alchohol he was drinking straight from the bottle. Maybe it was a chat up line, it was difficult to tell! Carolyn was away taking some photos but when she returned he started pestering us again. Amusing on some levels, concerning on others. In the end he slapped Carolyn on the thigh and stomped off! I think he was jealous!!

Later on in the evening,  a bouncy castle and a brightly lit toy train appear to add the fun. Adults and children queue up for their turn on the train or castle – first time we have seen anyone queue for anything here!

It is a quaint and pretty place place, but wandering around, we can’t help but notice that some of the people seem to be very poor indeed. Some buildings have been restored, but many are in a state of disrepair. 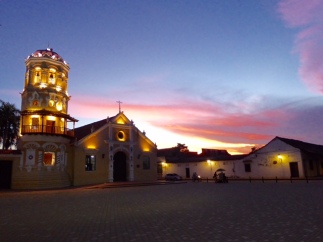 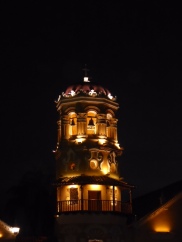 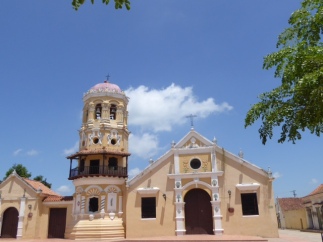 Palacio San Carlos, again dating from the 1600s, is on a pleasant square. A statue of a freed slave in the square comes with a quote from the great Simon Bolivar

“If to Caracas I owe my life, then to Mompaox I owe my glory”

recognising the fact that 400 men of Mompox formed the basis of his revolutionary army that defeated the Spanish in South America. 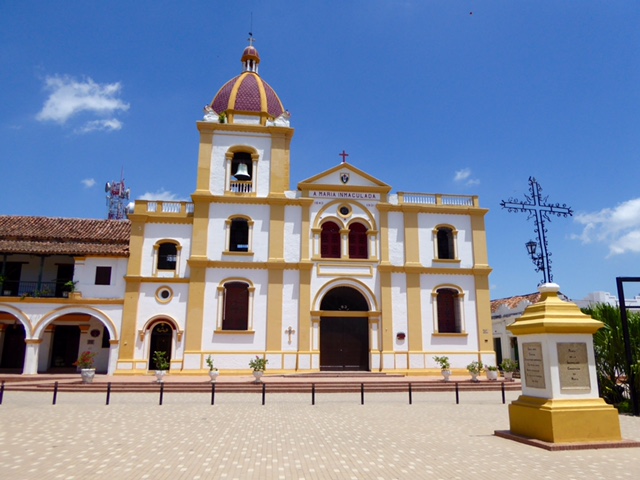 The Cementario Muncipal, as is the case in a lot of South American towns, seems to be a major feature consisting of some very ornate tombs. All well tended and flowers everywhere. 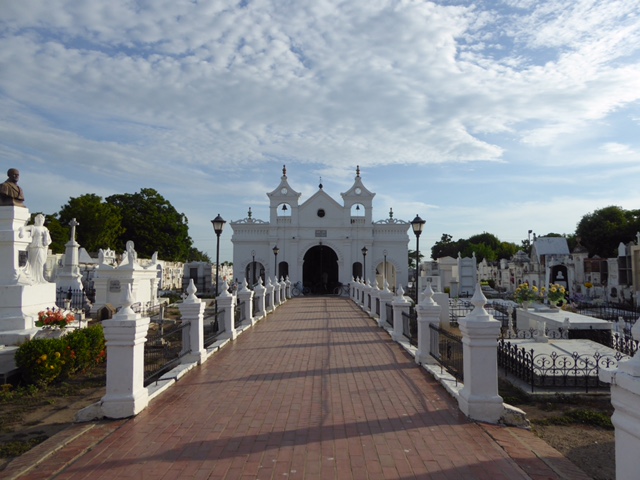 Half of the town seems to have undergone some renovation, the other half, little or none at all. The divide between the two is clearly apparent. Such divide also apparently marks the political divide between conservative and liberals. Get off the main streets and the poverty in the region is all to apparent.

In hindsight, the three days we spent in the town was too much. One day would have been sufficient to see everything, but it would have been a very long trip (and expensive journey) just for one night.

On our final day we had agreed to meet with the German couple for a boat trip out along the Rio Magdalena and into the wetlands.

River levels were low and twenty minutes into the trip we all had to disembark and pile into the back of two motorcycle-carts for a thirty minute ride through the countryside avoiding the shallow parts of the river. Sitting high up, we got some pretty good views of the low lying wetlands. A little like the Norfolk Broads back in England only hotter and more exotic with bigger birds!

Rejoining the boat we continued our cruise through the wetlands and saw masses of wildfowl and other types of bird: some eagles, vultures and herons. A really enjoyable afternoon made all the better by the beautiful sunset over the water as we return to Mompox. 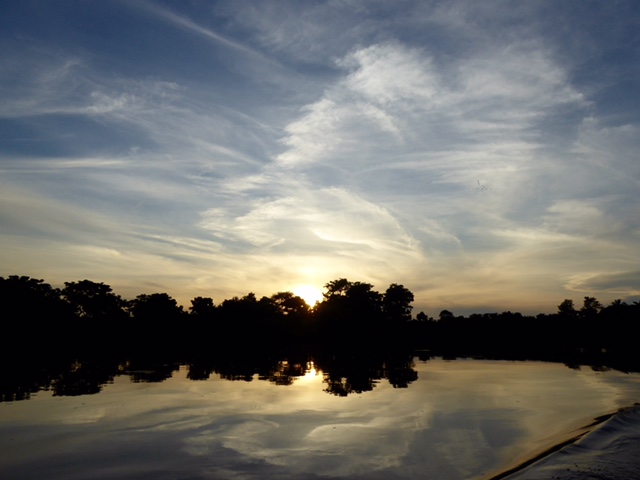 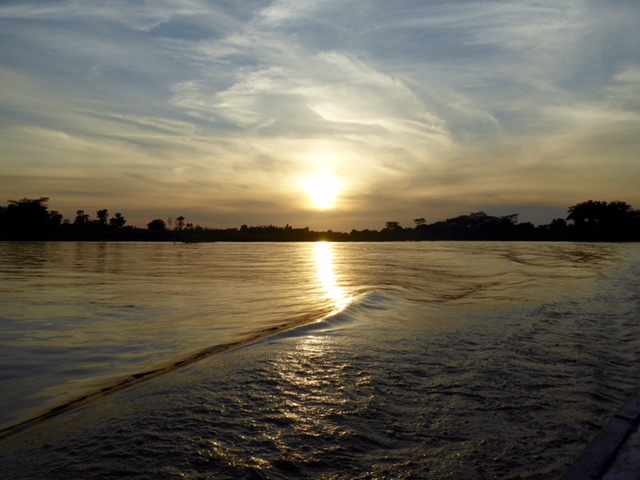 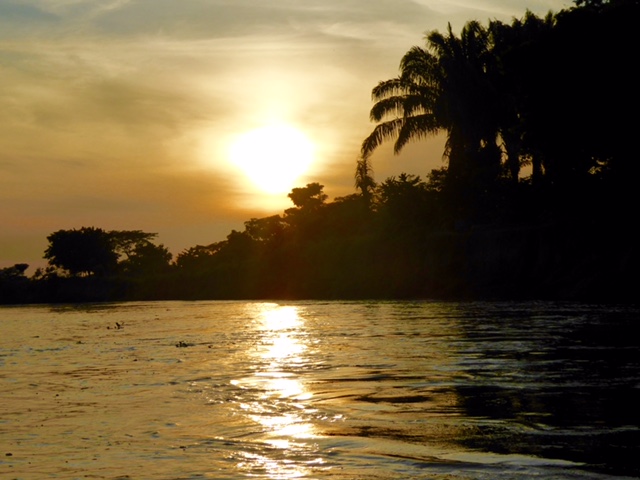