Often described as colourful, dilapidated and ramshackle, Valparaíso is an intriguing mess of a city that sprawls across dozens of steep hillsides on the coast of Chile overlooking the Pacific Ocean. It is a labyrinth of vertiginous streets and cobblestone alleyways spread along the various “Cerros” or hills. 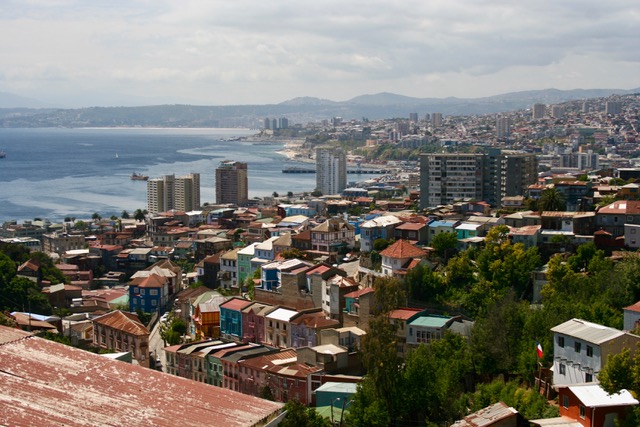 Now protected as a UNESCO World Heritage Site, Valparaiso is one of the world’s more spectacular cities and has many claims to fame including:

Despite all of these, Valparaiso is perhaps most famous for it’s graffiti. It is Here that South America’s arguably most popular urban  art form here kicked off many years ago. It is one of the few places in the world where home owners are actually pleased when someone comes along and spray-paints the front of their house! 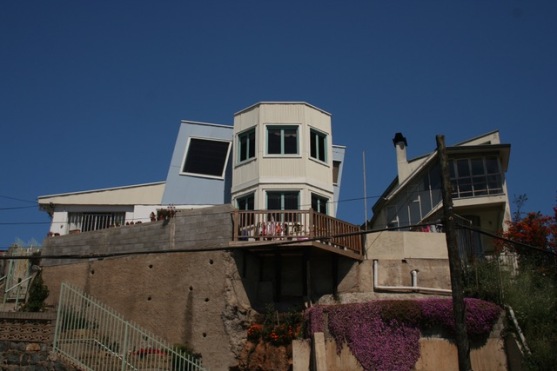 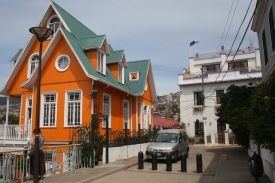 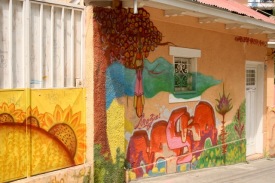 We are staying at La Nona Bed and Breakfast  up in Cerro Allegre which is run by a guy called Rene and his girlfriend Carolina.  Rene is possibly the most hospitable host we have met on our travels and is a wealth of information on what to see and do in ‘Valpo’ and the surrounding area.  So helpful and enthusiastic is this guy that we decide to extend our stay from 2 to 4 days before even upacking.  We are treated more like friends than guests and immediately feel right at home. The building is located on one of the best hills and is a beautiful example of the local architecture – victorian era, clad with painted corrugated iron panels which is major architectural feature here. 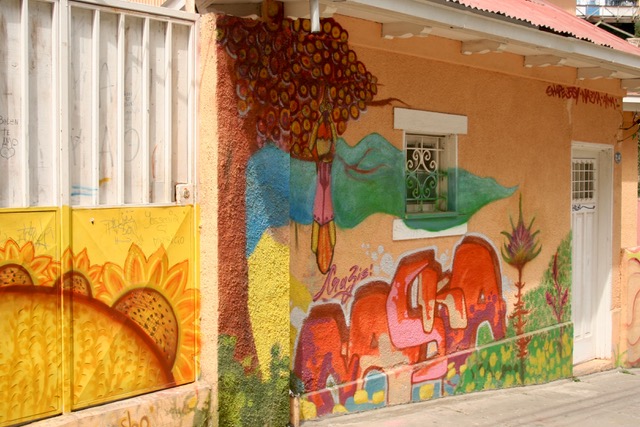 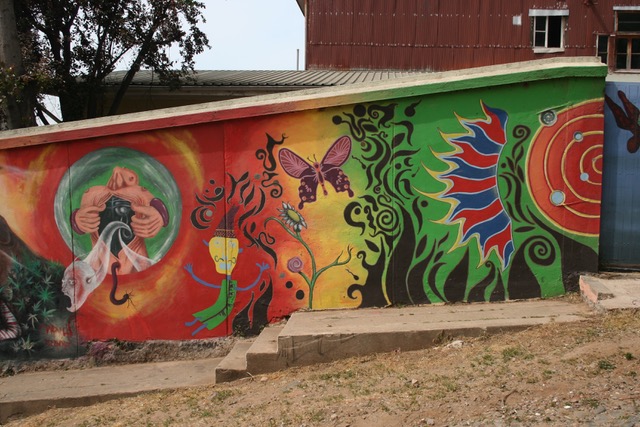 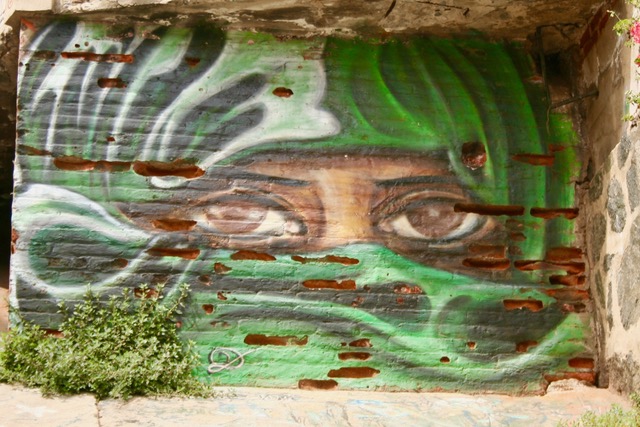 Rene recommended several restaurants for us to try.  Cinzano’s which is just like Renee’s restaurant in the BBC series Allo Allo!  The waiters are all at least 70 and in addition to waiting on tables also put on a Tango show in the evenings! At another place the “Casino Social Club”, which is neither a Casino nor a social club, but a small restaurant where every inch of wall is covered in grafitti. 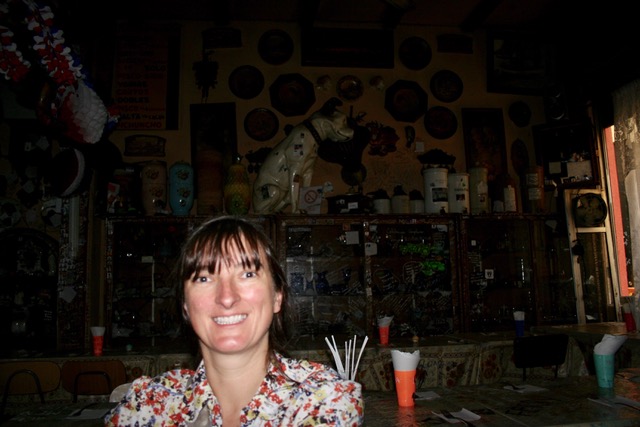 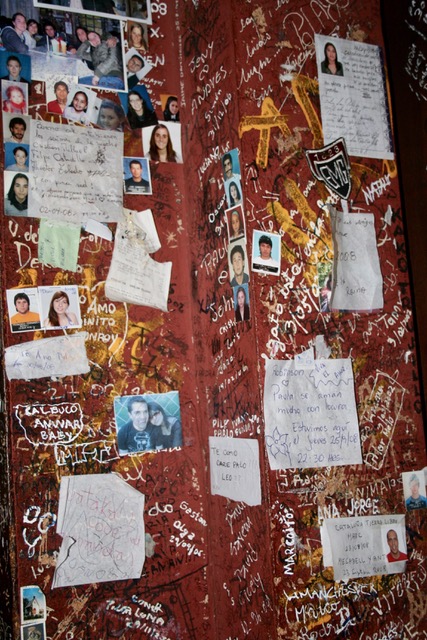 The chorillana seems to be a feature of every menu here. It is sort of mix up of steak, ham, eggs and onions piled on top of a plate of chips – basically a cholesterol salad. Although a “real” salad accompanies it in a futile attempt to make it healthy. Once tried, never repeated. fortunately, there are enough excellent return in the city to satisfy any foodie.

The next day armed with a hand drawn map we follow the Renes’ Graffiti trail around the streets where the most colourful graffiti and be found.

The views along the way are amazing and along the way we try out a couple of the ancient funicular railways which take us up the very steepest parts of the Valparaiso hills, very rickety, but still doing the job after a century or more. 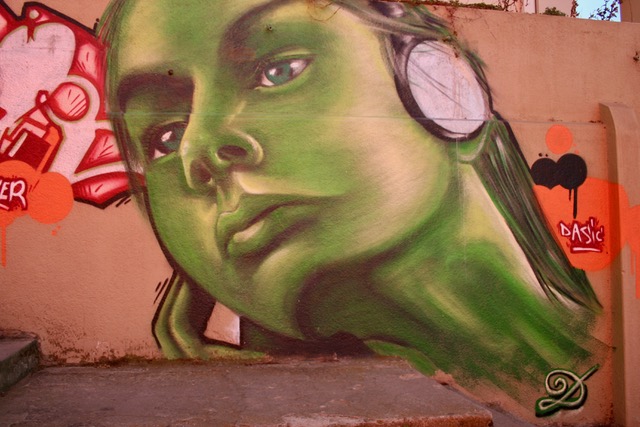 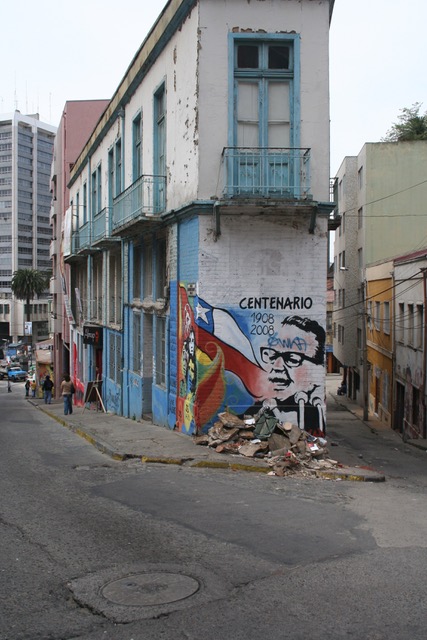 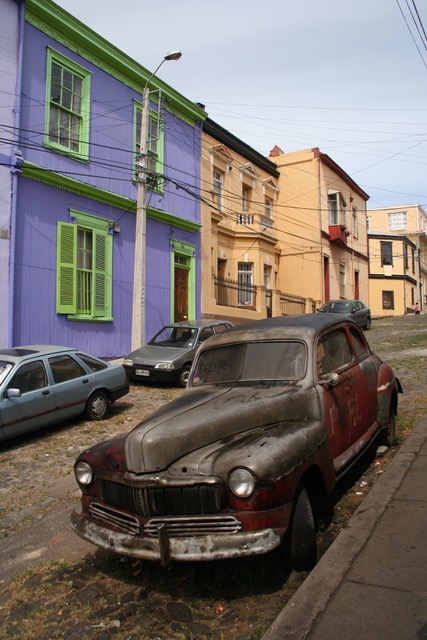 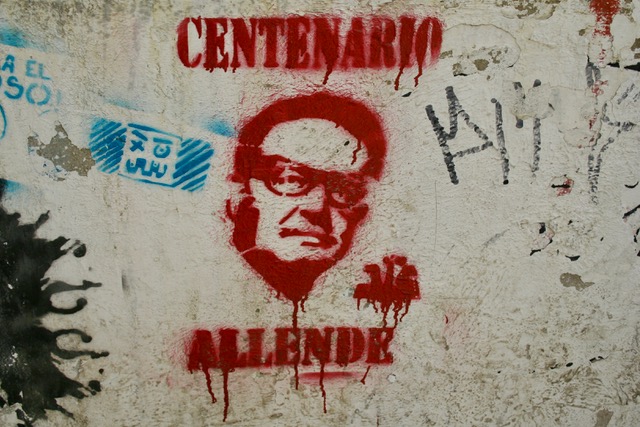 Much as we loved Valparaiso, for our last day before heading south, we decided to head off to a friend of René’s for a days horse riding in the forests,   giant sand dunes and beaches near Vina Del Mar. 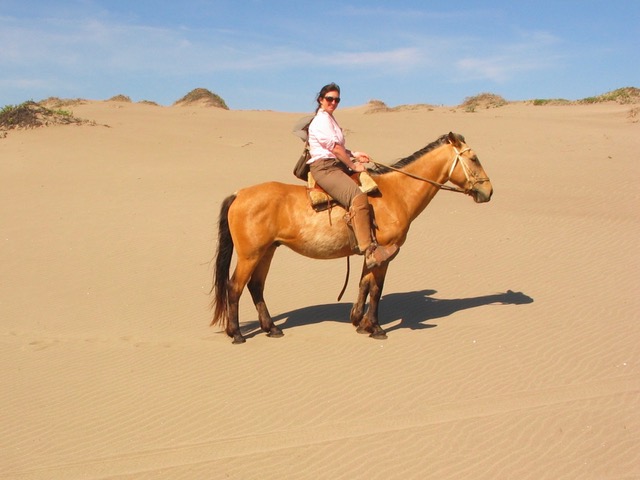 After a bus ride up the coast we are soon at the stables where we are kitted out with leather chaps etc. (all very Village People!), allocated our mounts and given some very brief instructions on what to do. 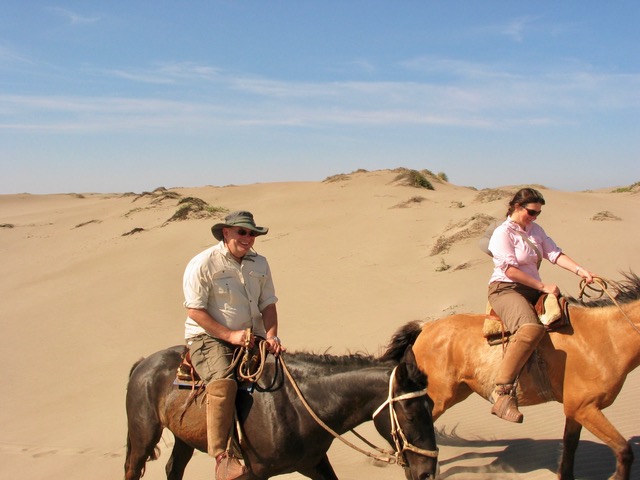 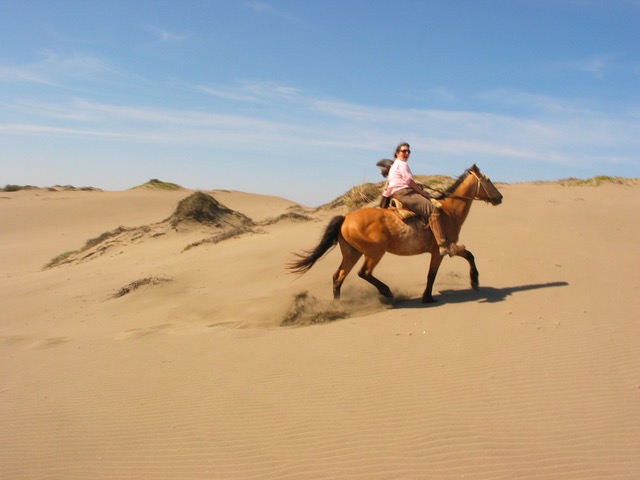 Soon we are riding up and down the biggest sand dunes we have ever seen. Carolyn fulfils here lifetime ambition of galloping along the Pacific beach. Sadly a combination of my lack of riding skill and a disinterested horse, mean that I can only look on in admiration!

After the beach we head back with our Chilean companions through the dunes and into the forest where some of the gauchos have set up the barbecue and we are greeted by the delicious aroma of grilled beef. The boys are already halfway through their first bottle of Malbec so we sit down and join them. BBQs just don’t get any better than this! 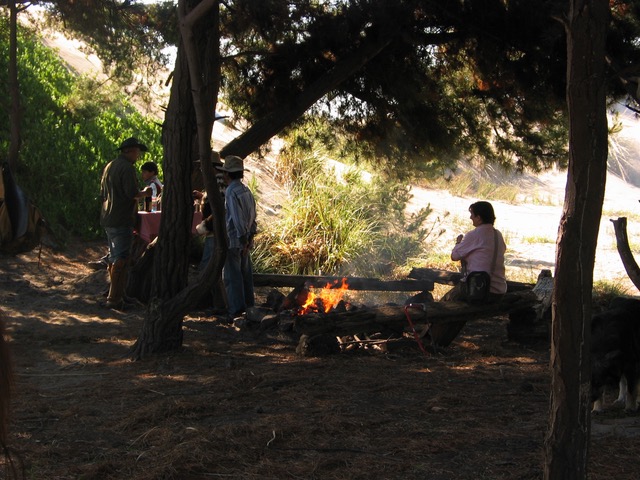 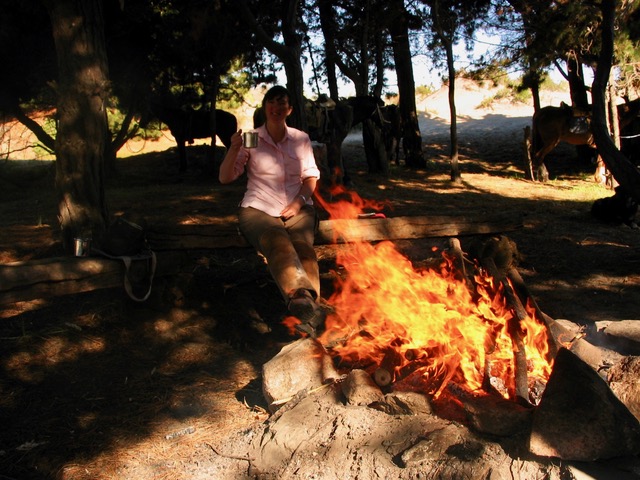 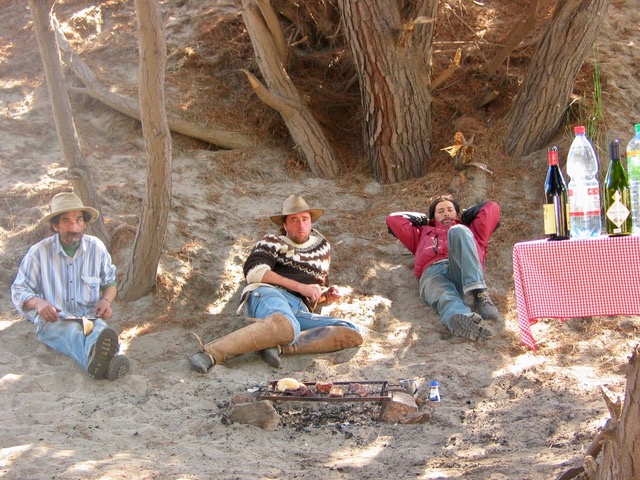 It has been a great but exhausting day. Who would have thought tha sitting on the back of a horse for 5-6 hours could be so tiring? Well, my backside for one!  It is three days before I can stop walking like John Wayne!